With the release of Sitecore 10 Update 1, we're seeing a rise in interest for Sitecore 10. And now at Fishtank, we officially endorse Sitecore 10.0.1 for all new projects.

To help understand what's new in Sitecore 10, I'm attempting to recap the announced changes, organize them into categories, provide some commentary and rate them as priority changes.

Sitecore does a great job outlining the changes in Sitecore 10. The easiest read of them is found on the information page for Sitecore 10.0.1. Here is the official overview provided by Sitecore:

The initial release of Sitecore 10 offered more granularity, into the changes. We'll take a look at those next.

There are obviously quite a few things that have changed with Sitecore 10, but in general, these are the top 5 most impactful features/changes that have been announced.

We'll look at each of these items in detail in the next section.

In the initial release of Sitecore 10 a more detailed breakdown of the changes were included. I've grouped these detailed changes into 6 categories.

Each change is not equal so this can't be judged strictly by the numbers. But seeing 14 improvements related to the marketing features and 4 improvements in application infrastructure show a clear focus on those areas of Sitecore.

We've grouped marketing automation, analytics & xConnect as they're all in service over-improving Sitecore's marketing capabilities. Within Sitecore, the rules that power marketing automation are separate from the rules used for site personalization so it's quite nice to see improvements there. The primary highlights were are:

Pay close attention to this. If you're upgrading to Sitecore 10, you can see still use Azure Search but you must have a roadmap in place to remove it and replace it with Solr.

This is a very positive step. Azure Search costs about $200-$300/month at the entry-level so it was often used only in production environments while development environments would use Solr.

At a basic level Sitecore's ContentSearch API provides a good abstraction protecting us from the differences between Azure Search and Solr. But they do require different configurations, tokenize values differently, and have different models for relevance - ultimately providing a troublesome experience with advanced usage.

It's nice that we'll all take a stand against Azure Search and are again, standardizing on Solr.

In our experience Sitecore and Azure go hand in hand. Sitecore is usually adopted by enterprise customer who have made a significant and on-going investment in Microsoft technologies. As companies modernize their infrastructure Azure adoption grows. This reality was reflected in Sitecore's scalable cloud architecture being based on on native Azure services (App Services, App Insights, Azure Search, Azure Message Bus, etc).

By adopting Container technology, Sitecore is adopting a more portable way of deploying the application which opens up hosting options on Azure, AWS and Google Cloud platforms to name a few.

I suspect 99% of Sitecore instances will still be deployed within Azure given organization's investment and comfort with Azure.

Sitecore CLI stands for Sitecore Command Line Interface. In Sitecore, we serialize items into version control (GIT) and then distribute these items between developers and environments. TDS was (and is) a great solution for this that integrated into Visual Studio - but it had to be licensed. The wonderful Sitecore Community created Unicorn which was a configuration-based open source option to manage serialization. So we had paid and free solutions for item management, but neither were maintained by Sitecore-proper.

Now with Sitecore 10 the Sitecore CLI is officially released as alternative to TDS and Unicorn. It's been claimed that it's the best of both worlds. I'm very happy to see an officially supported Sitecore option for item management.

In addition to this Sitecore for Visual Studio has been released. I have not used it, but it supplies a visual interface within Visual Studio to manage Sitecore CLI and requires purchase.

While they're grouped together, we'll want to look at the impact of these changes individually.

If there is a downside, it's that we're all finally going to need to take a breath and learn about Docker and containerization. Is that really a bad thing?

This has been described as "built on the success of JSS so if you're familiar, conceptualize this as server-side version of JSS - headless server-side rendering. Sitecore has provided an SDK to do this using ASP.NET Core. It's said to maintain completely support with Sitecore analytics, personalization and all the things we've grown to love.

The biggest advantage of using remote server renderings in this model is that your code changes will not recycle the Sitecore App Pool. This recycling can cause development to drag. Developers could experience the speed of headless development while staying in the ASP.NET Core ecosystem, without having to venture into learning the JavaScript frameworks required for JSS.

With Sitecore 10, personalization rules related to user sessions and devices are now available out of the box. Previously, these rules were dependent on tracking not available in CMS-Only Sitecore XM instances.

Thanks for reading. Lots of interesting stuff here. The support of Docker, the plan to retire native support for Azure PaaS (forecasted for 10.2) and deprecating Azure Search are the big items for me. Not because they're the necessarily the best or have the most value, but because they'll inevitably have an impact of every current Sitecore customer. They should be considered as part of any future roadmapping work.

Lastly, I'll leave you with a highly recommended video from Sitecore's Jason St-Cyr covering the exciting changes in Sitecore 10. 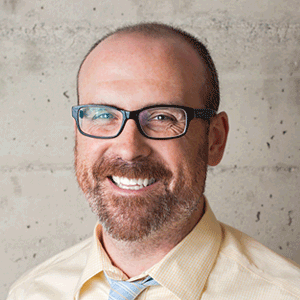 Dan is the founder of Fishtank. He's a multi-time Sitecore MVP and Coveo MVP award winner. Outside of technology, he is widely considered to be a top 3 father (routinely receiving "Father of the Year" accolades from his family) and past his prime on the basketball court.