Alberta’s largest credit union and the second largest in Canada.

A migration from SharePoint to Sitecore, with enhanced and new features while keeping the website’s core functionality.

A member-owned, community-based financial institution. Servus Credit Union was formed in Alberta during the depths of the Great Depression. Built by the people, for the people as a way to keep local farms and businesses in operation, Servus contributed to the province’s economic recovery.

Since its humble beginnings, Servus Credit Union has become Alberta’s largest credit union, and the second largest in Canada, with more than 100 branches and nearly 380,000 owners, committed to improving their members’ financial fitness.

We only use industry leading technologies to build high performing solutions.

Migration from SharePoint to Sitecore 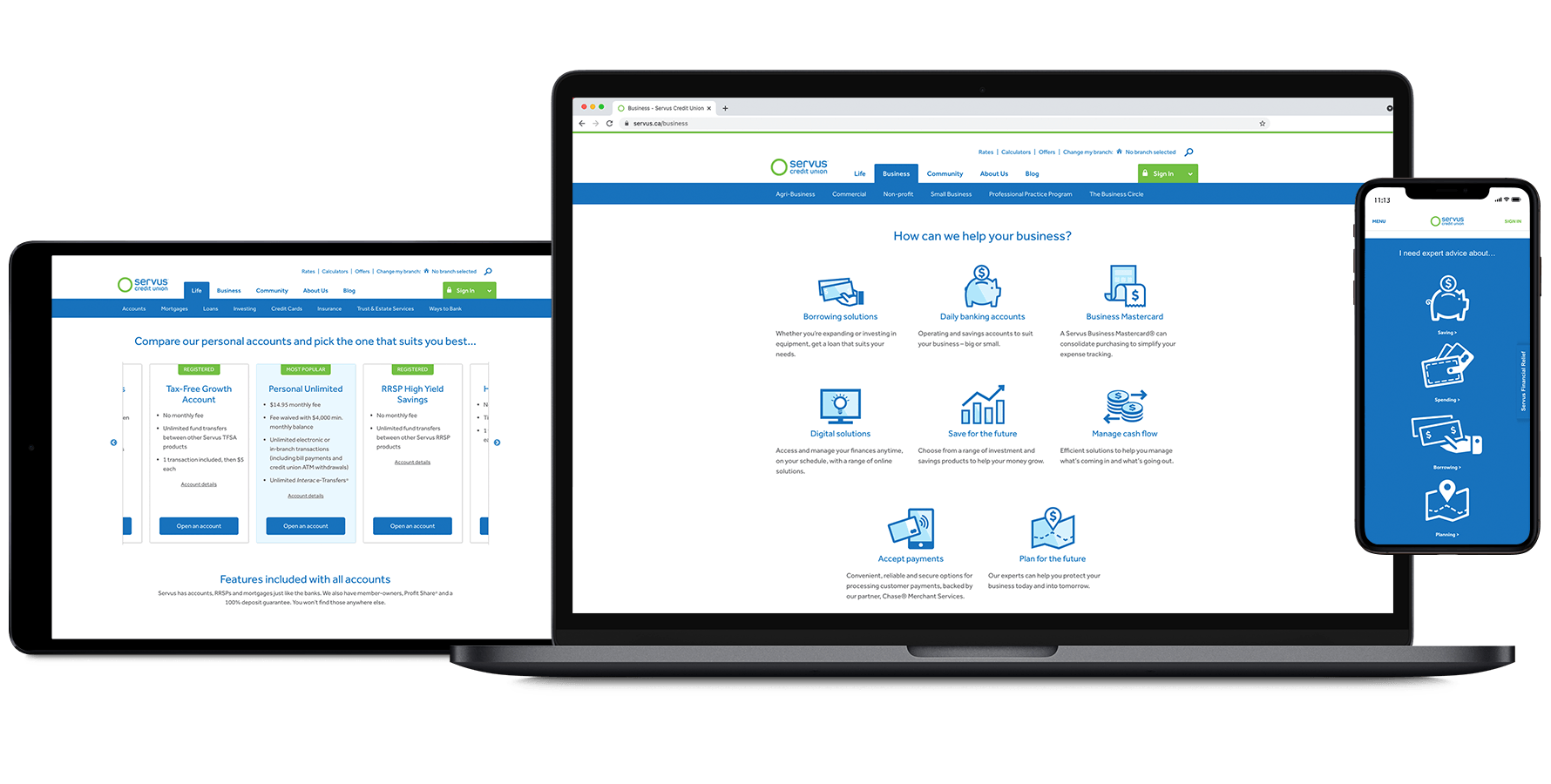 From SharePoint To Sitecore 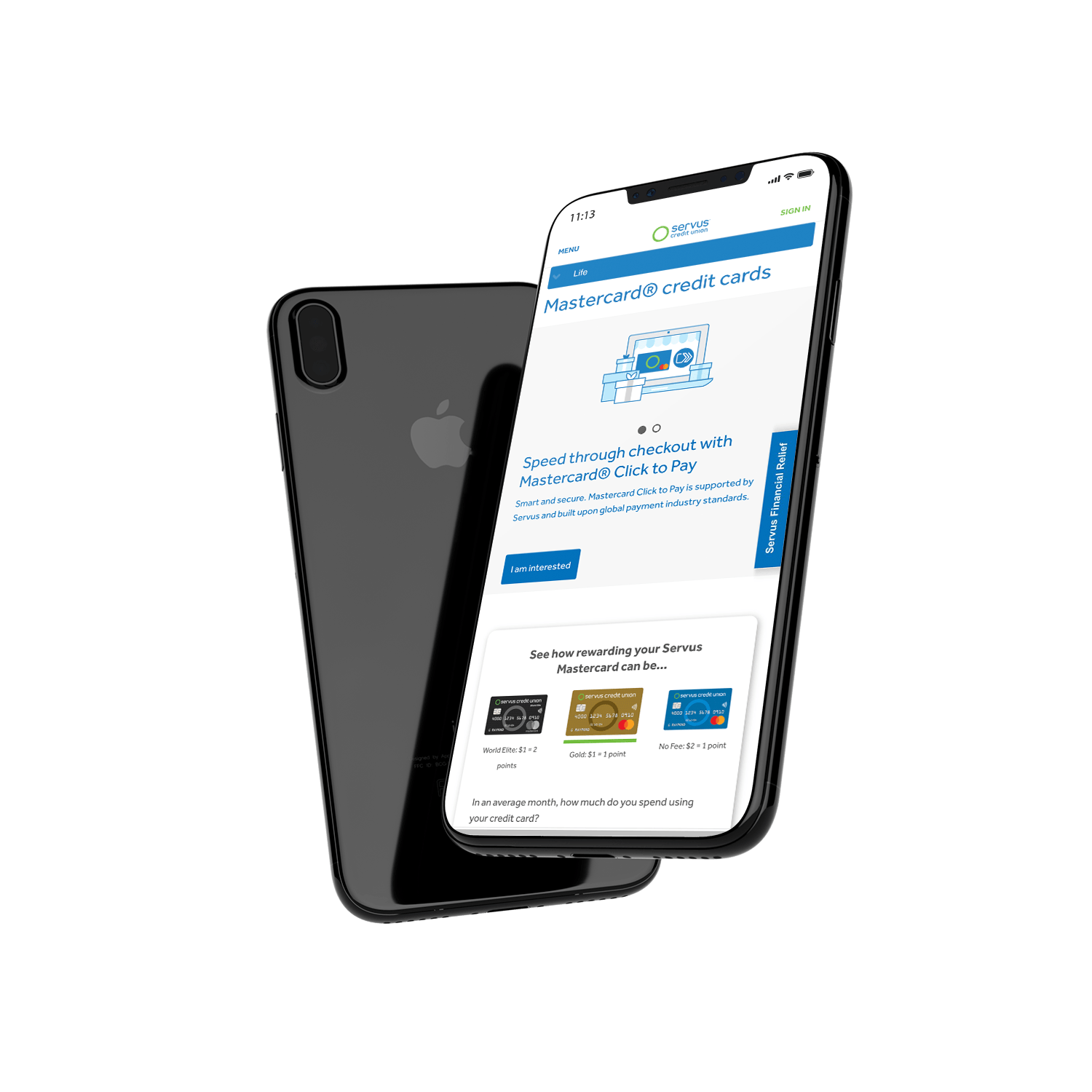 Servus wanted to keep their previous website’s functionality and design feel. Fishtank redeveloped the site keeping the core functionality in place, while creating new and enhanced features and components that give Servus Credit Union a more powerful content management experience, and achieve their organizational goals. 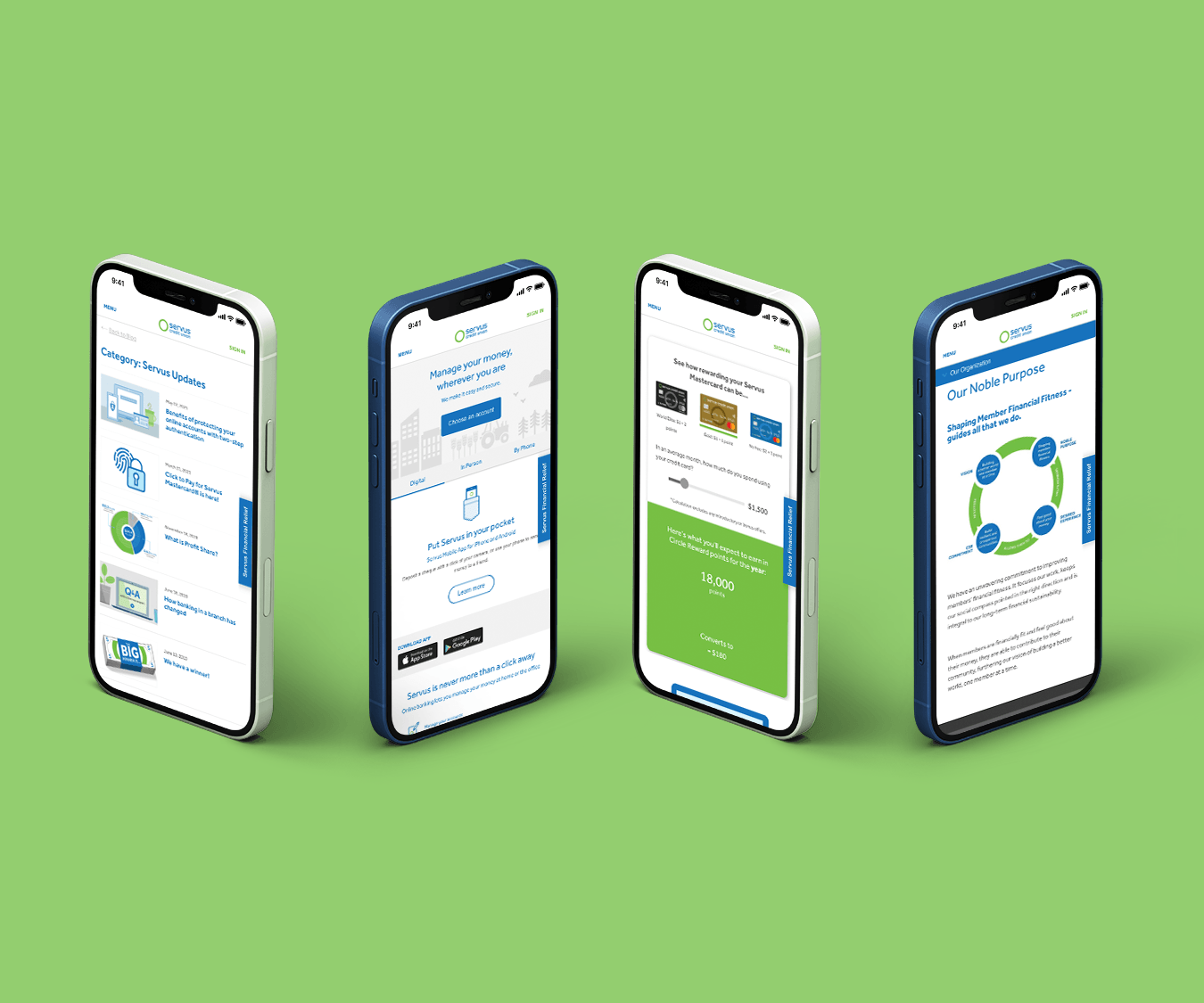 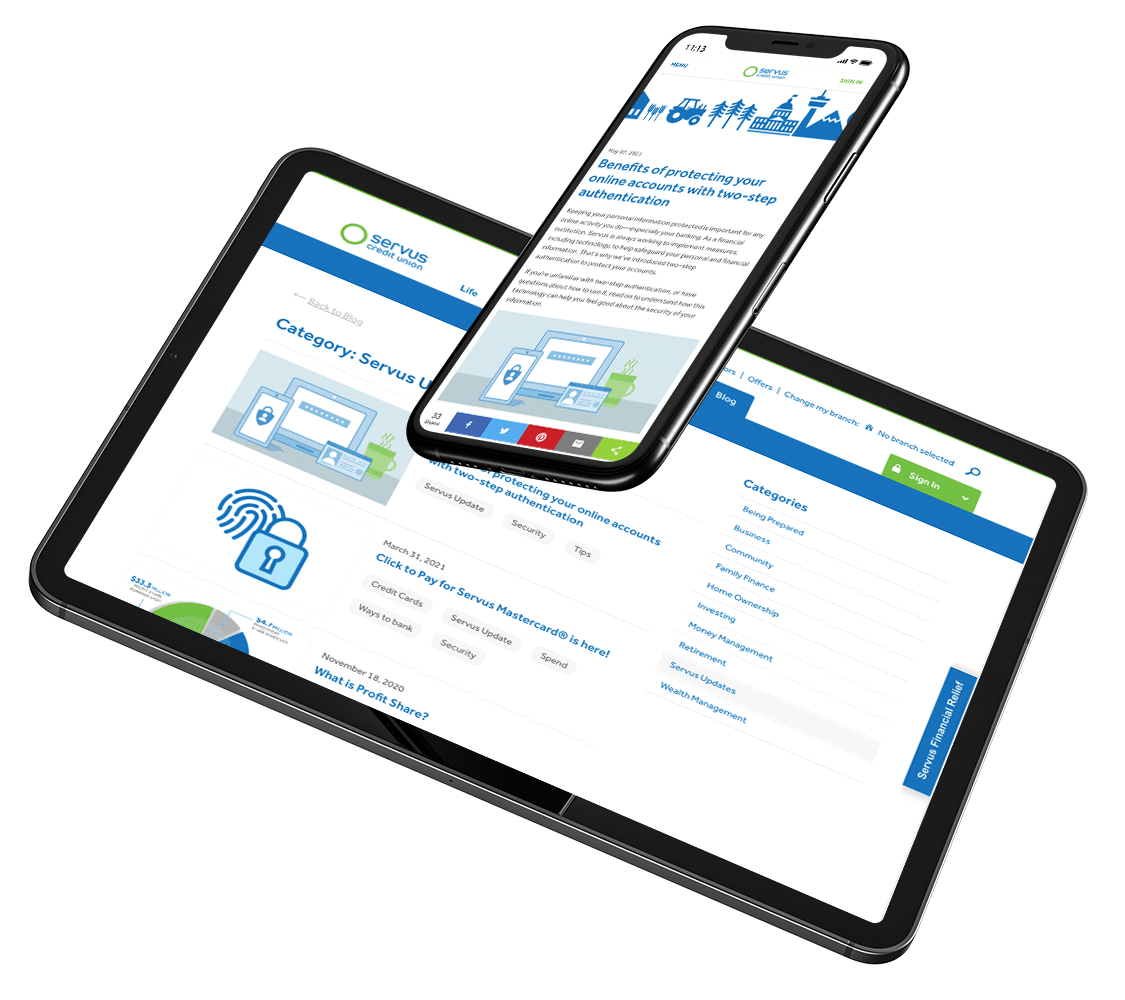 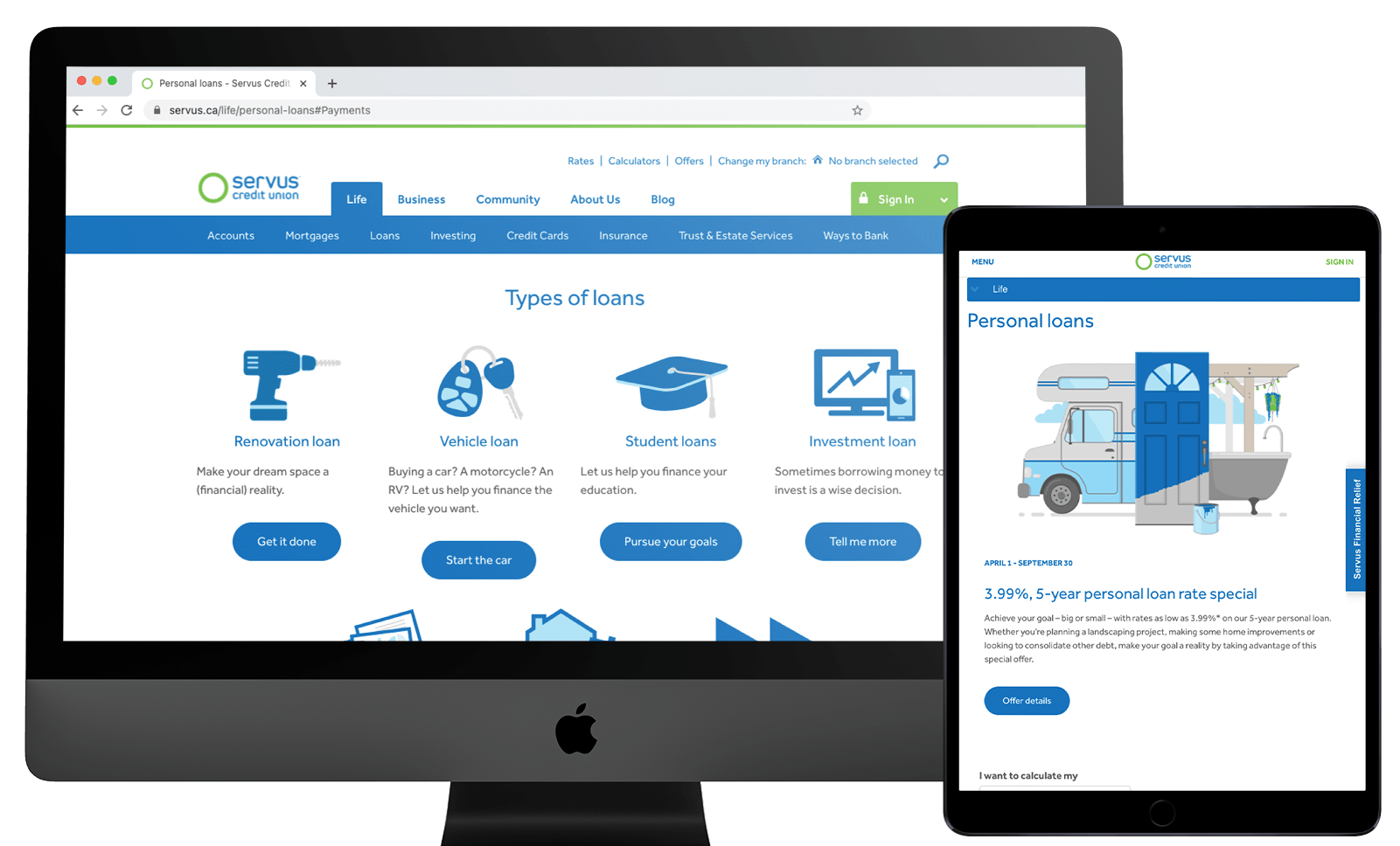 Fishtank knows marketers have a lot on their plates and the last thing they want to do is fiddle with new pages or be locked into a restrictive page type. Fishtank built a component library for Servus Credit Union that makes it easy for their marketing team to build landing pages and make their visions come to life, without the constraints of set-in-stone templates.

A SharePoint to Sitecore migration that unlocked the latest digital marketing capabilities.

Building trust and authority is easier than ever with Servus’ new blogging functionality for long-form content.

A library of flexible component templates makes authoring and scalability a breeze.

Explore what else we have to offer.